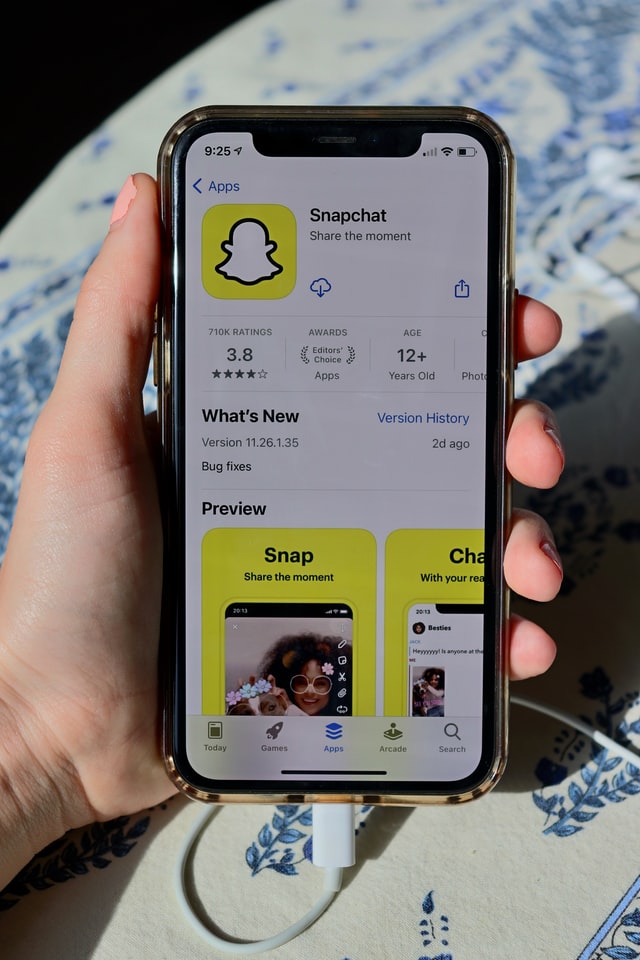 Total Number of Daily Active Users Who Engage With Augmented Reality on Snapchat:

Percentage of U.S. Social Media Users Who Use Snapchat:

Number of Snapchat users per year

Number of Snapchat users per country

Here’s a table with the list of the top 20 countries by Snapchat users in 2021:

There has been an impressive gradual growth in the number of Snapchat users over the years, and the trend isn’t changing any time soon.

This is the fastest year-over-year growth the social media platform has seen in over a year, with the rise in usage being attributed to the record growth in the number of Snapchat users in outside North America and Europe.

Up until Q3 2020, North America was the leading region with the highest number of Snapchat users at 90 million, compared to 87 million in the rest of the world. There were 72 million DAU in Europe by then.

Fast forward to Q4 2020, the total number of DAU in the rest of the world shot up by a whopping 55% year-over-year to hit 99 million. In contrast, there were only 92 million DAUs in North America and 74 million in Europe.

In fact, this is the most popular social media network among teenagers, with Instagram and TikTok following closely.

Millennials and Generation Z were the target demographics for Snapchat, as the creators understood what the younger generation wanted.

The app’s popularity gradually decreases as you move higher in the age groups. Only a third of all users between 26 and 35 years use Snapchat and the number decreases further, as only 4% of U.S internet users aged 56 and above use the app.

It is no brainer that females are naturally attracted to color, visuals, connection, and creativity ‒ all of which Snapchat provides. This might be one of the reasons behind the high percentage of female users.

As of January 2021, the United States had the biggest Snapchat user base in the world, with an audience of 108 million users (Statista, 2021).

India ranked in second place with a Snapchat audience base of 74.35 million users (Statista, 2021). France and the U.K. follow closely with over 20 million Snapchat users each.

Even though U.S users still remain the core demographic of the app’s daily usage, the region has come to gradually occupy a much smaller percentage of the total number of Snapchat users. This is because Europe, Asia, and the rest of the world continue to account for an increased share.

However, by Q2 2020, the North American user base decreased to only 38% while the European market accounted for 30% while the rest of the world took up the remaining 32%.

An African country with the highest number of Snapchat users is in 2021 is Nigeria with 6.65 users.

With 281 million total downloads in 2020, Snapchat is on the top 10 list of the most popular apps worldwide.

A noteworthy mention is that the app saw a massive increase in downloads at the beginning of Q2 of 2019. This was as a result of the new lenses released by Snapchat, making it go viral, hence a sharp increase in the downloads across both iOS and Android platforms.

Before the gender-swap and baby lenses released on May 8, 2019, the average downloads per day were at 600,000. The numbers doubled up soon after the filters were released making this one of the most downloaded apps.

According to Snapchat, the average daily active user opens the app’s camera more than 30 times a day, spending at least 30 minutes on the app.

This may not all be surprising as 95% of Snapchat users claim that the app makes them feel happier.

Snapchat has an extremely strong power that entices its users to socialize on the app. This is why some of the top reasons people use Snapchat daily are to keep in touch with friends, sharing images, and playing around with filters and lenses.

In comparison, most people that use Twitter only do so to follow news and current events while YouTube is ideal for those that wish to learn more about a particular topic of interest.

This frequency isn’t surprising at all, considering that 95% of Snapchat users claim that using the app makes them happy.

Given the visual nature of the app, its users are more reliant on their cameras, which without, we would have never gotten Snapchat to begin with. This makes it much easier for people to log into their accounts, take pictures (or snaps) and share them with friends – as easy as that.

In the 2019 survey published by Snapchat based on the reports from the Murphy Research, it was revealed that Snapchat is the most popular app that’s used ‘on-the-go.’ This clearly shows that Snapchat is best for those quick snatches of time as compared to longer or more habitual traveling.

The same research also indicated that Snapchat is the most used app when shopping and socializing with friends.

As it is mostly used as a tool for passing time, people hardly use Snapchat as a source of news, as compared to most other social media platforms.

Approximately half, 53% to be precise, of internet-using American adults, get their news from social media platforms.

Only about 4% of American adults get their news from Snapchat ‒ which is a generally low figure.

There is a huge difference between these figures and those of other platforms like Facebook, where up to 36% of U.S adults use it as a news source (Pew Research, 2020).

4 in 10 Snapchat users claim to have discovered a brand thanks to an online post or endorsements by celebrities (Globalwebindex, 2018).

There are plenty of Snapchat influencers out there, but when compared to many other social media platforms, this app is only a favorite for a select few. This is because there has been a great rift between the platform and content creators, as it doesn’t offer them a seamless method to promote their content or products through the app.

Even though Snapchat has been giving influencers a cold shoulder, things seem to change with the recent introduction of verified influencers. This makes it easier for brands to use public figures to promote their products/ services.

10. The purchasing power of Snapchat users

Millennials and Gen Zs have a combined purchasing power of over $1 trillion. This shows how important Snapchat is when it comes to marketing and advertising products that target the younger generation.

Besides, 35% of Snapchatters send snaps of products that they would like to purchase hence giving the brand more online visibility.