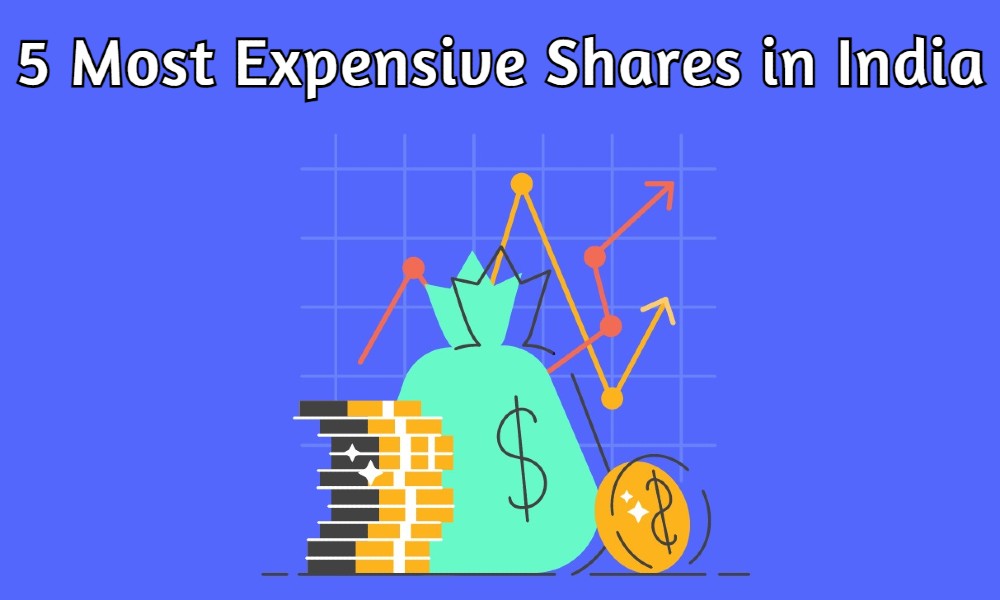 In the stock market, share prices can either go up or down. While there’s nothing below ₹0, there’s no limit to how high share prices can get. Yet, for some reason, there are very few expensive shares in India that have crossed the mark of ₹20,000. The reasons are many; some companies want more investors to buy their shares, while others are unable to perform consistently to trigger massive increases in their share price.

All of them could, perhaps, take a queue from some companies whose share prices are ranked among the most expensive in the country. Read on to check out the 5 most expensive shares in India.

Founded in 1946, Madras Rubber Factory (MRF) began as a small toy manufacturing unit in the backyard in erstwhile Madras. Three years later, it had started making balloons, toys and contraceptives. MRF, which is basically known for making tyres, made its first-ever tyre in 1976 and has since come a long way to become one of the leading tyre manufacturers in India.

Today, MRF has the highest share price in India among all the listed companies on BSE/NSE. Its share price hit an all-time high of ₹98,599 recently and currently trades at just over ₹80,000. The biggest reason for its share price is that the company has never split its share.

Its share price is hovering near the ₹40,000 marks, as of today. Honeywell Automation has expertise in many industries, including aviation and infrastructure.

You probably don’t know much about Page Industries, but we’re pretty sure you recognise Jockey. The innerwear company is popular in India and Page Industries has the official license to make, manufacture and distribute Jockey products in the country, as well as in Bangladesh, UAE, Sri Lanka, and Nepal. Page Industries also has the license for Speedo International’s products, so it has a well-known portfolio.

Hence, it doesn’t surprise us that its share price is over ₹30,000. Page Industries has proved a multi-bagger, producing over 1750% returns in the last ten years.

Shree Cements, incorporated in 1979 and based out of Kolkata, is a leading cement manufacturer in India. The company owns and operates Shree Jung Rodhak, Bangur Cement and Rockstrong Cement. It is the biggest cement maker in northern India and has plants spread out in North India, East India, and South India.

A subsidiary of 3M USA, 3M India works in industries like dental cement, health care and cleaning. The company was set up in India in 1987 and operates well-known brands like Scotch Brite and Scotch Tapes. 3M India’s current share price is around ₹23,500 right now. It has generated a return of 15.05% in the last year.